You are on the Lewes Quaker website. But there are plenty of other Quaker websites in the UK and from around the world for you to explore. Here is a selection:

Quakers in the World

Quakers have a long tradition of being active in, and seeking to make a difference to, the world in which they find themselves. In their actions they seek to put Quaker testimonies such as equality, peace and integrity into practice, as best they can. This website aims to bring together the many different ways in which they have done this, all over the world.

We are a Quaker presence at the United Nations, representing Friends’ concerns for global peace and justice to the international community.

Helping people find out about the Quaker way of life.

Action against poverty since 1867.

This site hosts a wide range of small videos on Quaker topics, updated weekly. It’s an American site and as such reflects the concerns of Quakers in the USA, but these are not dissimilar to the concerns of British Friends even if the language is slightly different. As an introduction, try this interview (http://quakerspeak.com/went-anarchist-quaker/) with Ben Pink Dandelion, as he describes his journey from being an anarchist to Professor and Director of the Centre for Postgraduate Quaker Studies at Woodbrooke.

Published by Friends Publishing Corporation. Their mission is to communicate Quaker experience in order to connect and deepen spiritual lives.

Founded in 1900, Friends General Conference is an association of local and regional Quaker organizations primarily in the United States and Canada.

‘Experiment with Light’ is a Quaker practice which is based on early Friends’ discoveries.

It was devised in 1996 by Quaker and theologian Rex Ambler following his study of early Friends’ writings. He wanted to discover what it was that made them so sure, so centred, so willing to suffer privations to keep alive their faith.

He discovered a process by which the Light may be accessed. 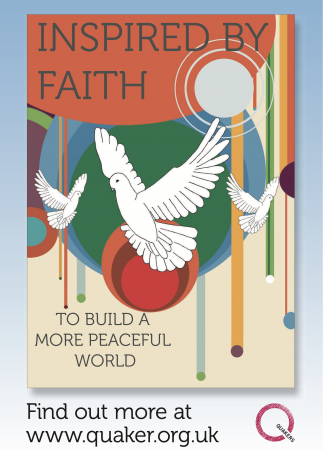